One Ship – One Port

He used an incredibly simple – but powerful – principle that I call, “One Ship, One Port”.

To understand this concept, just think of a ship.

Sail Anywhere in the World

Every day, thousands of ships sail the seas of the world.

What if you snuck into the cabin of one the captains of those ships, woke them out of a deep sleep and asked them, “Where is this ship heading?”

Do you think they could tell you?

Yes! With a single word or two, they could tell you their next port of call.

A ship’s captain knows that he can go to any port in the world he chooses (assuming he has a big enough ship and enough supplies).

But, he also knows, that he can only go to one port at a time.

He cannot be sailing to England AND China at the same time. He can sail to England and China, but he has to do it one at a time.

Fly Anywhere in the World

The same could be said of any airplane pilot. They can get anywhere in the world… but only one airport at a time.

Mountain climbers know the same thing. They can reach any summit they choose… but they can only do one summit at a time. No man can reach the top of Everest AND Kilimanjaro at the same time.

In 1925, the Austrian physicist, Wolfgang Pauli, proved a very important law of the universe: “No two identical fermions (particles with half-integer spin) may occupy the same quantum state simultaneously.”

Today, we call it the Pauli Principle.

In very simple terms, it can be stated this way, “No two objects can occupy the same space at the same time.”

Most of us understand this. If you have ever stubbed your toe on your kid’s toys in the middle of the night… or cracked your head on the cupboard door that you forgot to close… then you know this law is true.

What most people fail to realize is this: The Pauli Principle applies to being productive and being successful.

Because of this, they run around each day attempting to accomplish 3 or 4 or 5… or 20 things… all at the same time.

You are captain of a large cargo ship. You load up in New York and are asked to take a load to Sao Paulo, Brazil.

You leave New York, set your course, and begin your journey.

As you pass through the Harbor and enter the Atlantic, you get a message from the company. “Cargo still needs to go to Sao Paulo, but first get supplies in Shanghai.”

Sounds odd, but you change course and head toward the Panama Canal.

The next day, you get another message, “Before Shanghai, drop off cargo box 3213 in London.”

You change course again, this time heading due east.

The next day, another message comes in. “Change of plans. We need you to return to New York and change out two cargo boxes.”

And so it goes. Less than a week into your journey, you have changed destinations 5 times and are zigzagging all over the Atlantic. In the process you are losing time, running out of fuel, and become extremely frustrated.

But, it is exactly what most of us do each day… many, many times each day, in fact.

We have two major factors to deal with that my Grandpa Boswell did not deal with.

First, we have so much easy and so many luxuries in our life, that we don’t have clearly stated objectives. We don’t typically know what we want or why we want things.

Thoughts and information move at the speed of electricity.

Each of has access to email, social media, smart phones, instant messaging, rapid forms of transportation, and various entertainment mediums.

Throughout the day, you are bombarded with thoughts and ideas that amount to course corrections on your journey.

You walk into the office with a major project to do. Before get going on it, you probably check email “quickly”… only to discover that you have five other projects being thrown at you.

In the middle of processing these emails, you get a few text messages… one from you boss… another from your spouse… another from your buddy telling you about a cool video he saw on YouTube, and a reminder from the doctor’s office.

As you scan through those, you Facebook app notifies you that you’ve been tagged in 10 pictures and mentioned in 3 posts.

One Man – One Focus – Many Victories

Grandpa Boswell never dealt with any of that. He woke up and would work all day on plowing one plot of ground. The next day he would leave for Salt Lake on a mail run and be gone for 5 days. He’d come back and spend a few days planting crops.

He wasn’t pulled apart in a thousand directions. He knew that he was like a ship… and there was only one of him. Because of that, he could only go to one port of call at a time.

But, if he focused, he could get to any port he wanted, as often as he wanted.

Now, you and I can’t go back to the simple days of Grandpa Boswell.

What we can do it implement the One Ship, One Port principle.

We can decide what our next port is (project, task, focus, mission, goal, assignment, meditation, reading… whatever you want to call it) and focus on that port until we get there.

There is only one of you. You can only focus on one thought at a time because thoughts are things and subject to the Pauli Principle.

You can only get to one port at a time.

Make a decision, set sail, and don’t look back. 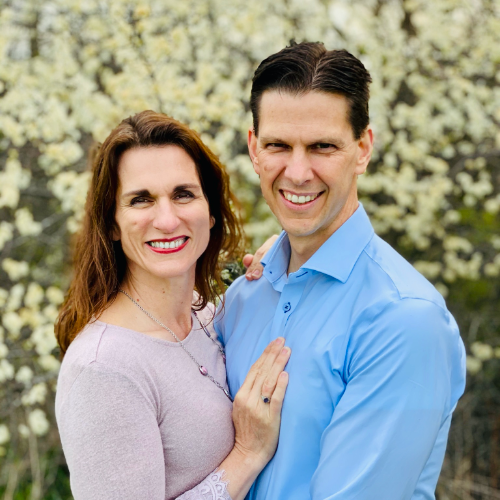